Students viewing a few of the hundreds of prints on display.

Students also visited the Jundt Art Museum Print Archives, where they viewed original prints by such artists as Chuck Close, Pablo Picasso (whose work is pictured above), along with prints by Glen Alps, Albrect Durer, Kathe Kollowitz and numerous others.  Click here for more info on Drive By Press.
Drive By Press.com or
Drive By Press.org 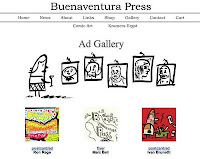 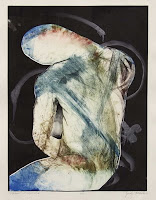 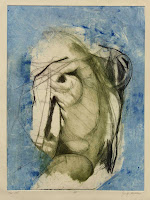 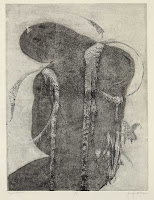 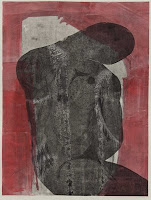 Check out these great monotypes, by beginning intaglio student Jennifer Kolokithas.  I think we got another printmaker on our hands.
Posted by PRINTANA at 1:40 PM

New works by Patrick Gill.
Posted by PRINTANA at 9:02 PM


His name was Gary from Patrick Gill on Vimeo. 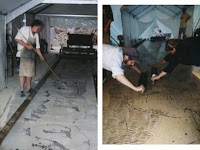 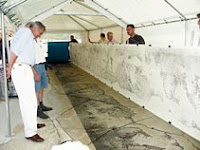 More than two centuries ago in the history of lithography, natural stone was brought to the printing press. On August 4th and 5th last year, however, for the first time it was the other way around, and, as a result, the world biggest lithography was produced.

In the quarry Siebenbuchenplatz of the company SBI, in the famous region of Solnhofen, in Germany, (where the Archaeopteryx was found) the artist Mario Derra produced an art print, which has an enormous size of 12 x 1.24 meters. Until this time lithographs had been limited to poster sizes, because only the fine and dense structure of Solnhofener plated limestone can be used for this technique and this material can be quarried only in limited formats.

This was because Derra left his studio and decided to print directly in the quarry.

First a suitable stone bank was smoothed out with hammer and chisel, then the surface was honed with an Italian Terrazzo Honing Machine. Finally, Derra could draw his work of art named "Mass Tourism at the Twelve Apostles" on the stone. With a self-constructed, drivable press, filled with one ton of stones, the twelve meters were rolled of under the continuous observation of Master Derra.

The prints show a scene of about 100 locusts, as they can be found very often as fossils in the limestone of Solnhofen, in front of a rock formation called the Twelve Apostles. This work of art reminds - says Derra - of the rich fossil treasure of the region on the one hand, but is also an ironical view on the mass tourism in that region.

The project has been one of the high spots in the German "Year of the Geological Science". The printing was limited to only 20 lithographs, which are distributed to museums all over Germany. The printing plate was rescued and will be exhibited together with one of the prints in the local museum. Also exhibited in the museum is the history of the inventor of lithography, Alois Senefelder, who invented this technology in 1798.
Posted by PRINTANA at 11:00 AM 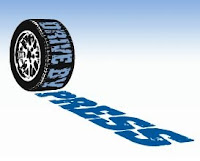 The Drive By Press guys will be at Gonzaga University on Wednesday, April 29th & Thursday, April 30th. CLICK HERE FOR THEIR WEBSITE.

Check out the drive by guys; Joseph Velasquez and Gregory Nanney. Click on their names to view their work.
Posted by PRINTANA at 12:11 PM

This is the artist who currently has some work at the Portland Art Museum. He is the one we talked about in class who did the works based on cell phones, jet trails and so on.

Photographic artist Chris Jordan never ceases to amaze us with his clever pieces that allow people to “see” concepts that are often difficult to visualize. We submit for your viewing pleasure, his latest work, Gyre. Look familiar? The 8′ x 11′ triptych is based on the famous Japanese painting, “The Great Wave off Kanagawa” by Hokusai. Instead of paint, the colors are composed of 2.4 million pieces of plastic - the estimated number of pounds of plastic that enter the world’s ocean’s every hour! Gyre is the first image in a mini-series that Jordan is creating about the Pacific Garbage Patch, and is named after the Pacific Gyre, a thousand miles wide ocean current which turns clockwise like a giant slow-motion whirlpool and concentrates tons of the world’s trash.
CLICK HERE TO SEE MORE
Posted by PRINTANA at 8:27 AM

Published primarily from the 1890s to 1910s, these prints were created by the Photoglob Company in Zürich, Switzerland, and the Detroit Publishing Company in Michigan. The richly colored images look like photographs but are actually ink-based photolithographs, usually 6.5 x 9 inches. See more images on Flickr.

or Learn more about the Photochrom Process by clicking here.
Posted by PRINTANA at 11:28 AM

Patrick found this great alphabet version via google maps.  Click here for more information.
or try this link as well.
Posted by PRINTANA at 11:26 AM 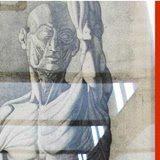 Dorothy Simpson Krause,  interesting images and some good information on combining digital with traditional processes.   Click on her "the process" links.
Posted by PRINTANA at 6:31 AM 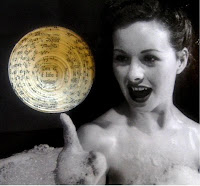 For more information on this artist click here.
Posted by PRINTANA at 8:08 PM 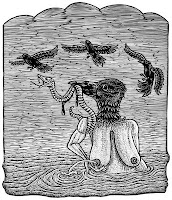 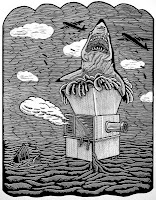 "Indianapolis" by Tyler Krasowski, relief, 2009
Posted by PRINTANA at 2:01 PM 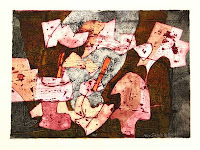 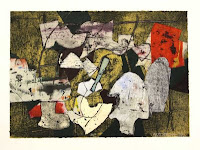 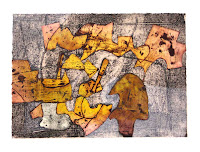 #15
Above are 15 new works from his series "Relating Shapes-Remembering Color", recently created by John Armstrong. Much of the printing was done at The University of Montana in Missoula in conjunction with faculty and students. John also has two exhibitions currently on view at the Missoula Art Museum. For additional information on John please visit his website: Armstrong-Prior, INC.
Posted by PRINTANA at 4:09 PM 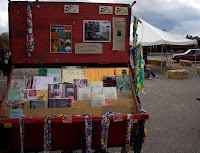 Check out the interview also by clicking here.
Posted by PRINTANA at 8:47 PM

Here's the end of the semester folks.
Posted by PRINTANA at 11:19 PM

Off Adams BLOG (b)

New pics off Adam's BLOG, showing some litho action in the studio.
Posted by PRINTANA at 11:15 PM 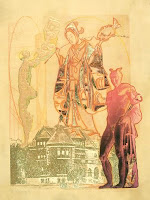 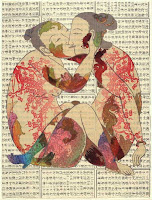 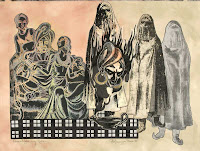 These images are photo-lithos with chine colle.
For more information on this artist click here.
Posted by PRINTANA at 9:12 PM 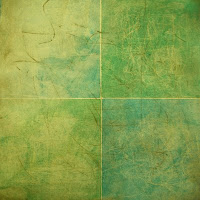 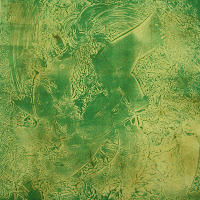